“There is music everywhere around us. What would the world be without it? The small meandering streamlets have their song, and the great mountains their prose.” 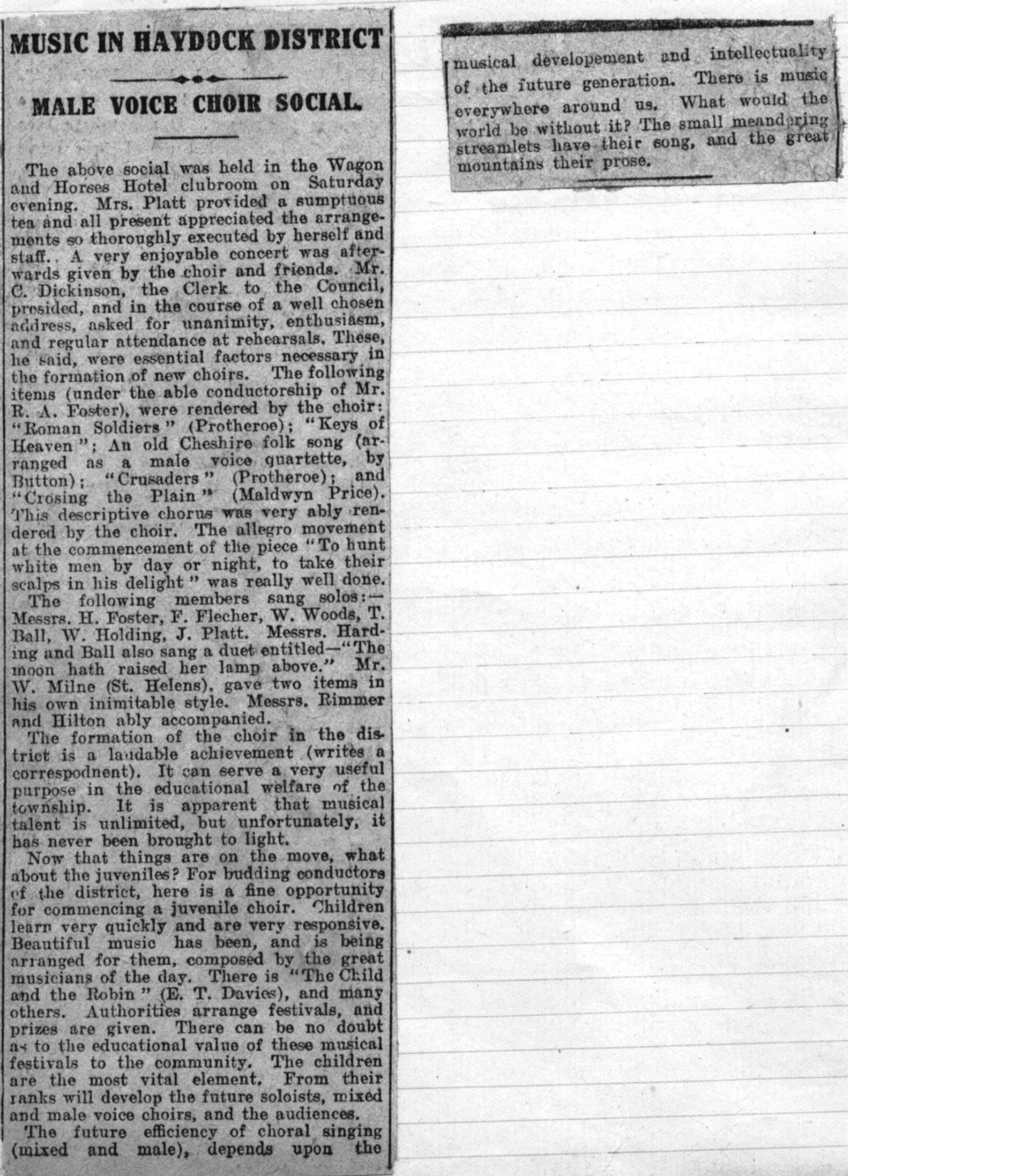 On 1st March 1923 a letter was circulated around the mining village of Haydock proposing the formation of a male voice choir. A meeting took place four days later at the Haydock Conservative Club attended by 21 gentlemen and from it Haydock Male Voice Choir came into being. Most, but not all, of the founder members worked in the offices of Rich’d Evans & Co. Ltd who were the local colliery owners. The choir’s first conductor, R A (Dickey) Foster was one such official. The first Secretary was, however, Jack Evans, the local Health Inspector at the Council Offices. (Orginal Letter below)