Double victory for Haydock in the Isle of Man

When I joined Haydock Male Voice Choir in October 2017, the choir had just a week earlier returned from the bi-annual Isle of Man Festival of choirs, where they had finished second in the Male Voice category.  For a long time, there was an air of unfinished business about the choir where the Isle of Man was concerned, a determination amongst the men to go back and win the category.  Early this year, the decision was made between the MD and the choir to return to the festival in 2019, and preparations were begun.  More than six months of intense rehearsals took place, learning and perfecting four songs for the Male Voice category performance on the Saturday, and a further four for if we got through to the Sunday performance.  Early on Friday 18th October, we finally set off, some by air, some by sea.  As a first-timer to the Isle of Man at all, let alone to the Festival, as soon as we set off on the ferry I felt a sense of excitement for what was sure to be an amazing weekend.

The Friday evening was a welcome evening at the competition venue, the Villa Marina, for the choirs and their supporters where, after a fine buffet, each choir performed a song in front of all the others present.  It was the first chance we got to see what we were up against.  The choir performed ‘American Trilogy’ powerfully and admirably, and watched while many others performed.  There were a lot of raised eyebrows for the performance of the EAGA Gospel Choir, who performed a medley for more than ten minutes.  This choir were very good, and the bar had been set.

On the Saturday morning, there was an air of nervous tension amongst the men.  This was everything we had been waiting, planning for, all year.  We walked the stage, and rehearsed a number of songs.  The nerves were showing.  When we reconvened in the beautiful surroundings of the hotel atrium two hours before the competition, our MD Dan went to great lengths to get us relaxed and focused on what was ahead.  Harold Bentham, a longstanding second tenor, suggested we practiced just the opening of our first song, ‘Danza!’ as it hadn’t sounded its best in our earlier rehearsal.  This was a great idea, and made us feel we were ready to go.  As one last preparation, Dan made us all shake hands with each other, to celebrate how far we’d come just getting to the competition.

The Male Voice Category was the third of four that afternoon, and we were the last of the three Male Voice Choirs to perform.  First was Lon Dhoo Male Voice Choir, a local choir from the island itself, who did their home proud.  Next came Macclesfield Male Voice Choir, who we knew were going to be difficult to beat; they had a rich history of strong performances, and were coming ready to win.  We finally took to the stage.  We couldn’t know our four songs better than we did.  First was ‘Danza!’ A powerful opener, switching in tempo throughout, which really got the crowd excited and paying attention.  Next came ‘Were You There?’ This is an unaccompanied piece describing the Crucifixion and Resurrection, starting quietly with a solo from bass chorister Dave Lee, building to rousing finale that electrified the whole of the Villa Marina.  Following this came ‘Ose Shalom,’ which the choir performed in Hebrew, another powerful piece which really showed our versatility.  The last piece was ‘We Rise Again,’ a modern piece that the choir has performed for a few years, a powerful, emotional song, that all of the men love singing, and which had the crowd joining in with our clap in the last chorus, and cheering loudly once we had finished.

After our performance, we knew we had done everything we could, given as much as we had.  We had the chance to sit and watch the Open category, where the EAGA Gospel Choir performed superbly, as expected.  Once all the choirs had performed, we were all waiting with heightened anticipation for the adjudicator’s results.  When it came to the Male Voice Category, we listened tensely as he gave his marks.  Lon Dhoo received 84 points, Macclesfield got 86.  We’d done it.  We’d done what we’d set out to do, the whole reason we came to the Isle of Man; we received 90 points, and won the Male Voice Choir category!  To say we were happy is an understatement.  Jubilant would be a better description.  For the rest of the Saturday every single man, and everyone accompanying the choir that weekend were in buoyant mood.  It was mission accomplished, anything else now was putting the gloss on an already successful trip.

After a fantastic evening meal, some entertainment from our MC John Peet, and a well-rested night’s sleep, we were all ready on the Sunday morning for one last rehearsal.  The Sunday performance was a little different from the Saturday, no points were on offer, it was slightly more relaxed, more of a concert performance.  The four winners of the categories from the previous day each performed a number of songs, only one of which could come from their category performance.  As well as the EAGA Gospel choir, who won the Open Category with 93 points, we were up against Valley Aloud, who won the Mixed category, and Rodillian Singers, who won the Ladies Category.  As we rehearsed in the atrium once more, Dan told the choir just to go out and enjoy themselves, whatever happened was a bonus.

We sang third, after Valley Aloud and Rodillian, and before EAGA.  There was a tense, almost comedic moment as we began, when our MC went to introduce us, and discovered that the man in charge of the soundboard had gone for a coffee!  He eventually got talking, and introduced our first song of the afternoon, ‘Grace.’  This is an arrangement of the hymn ‘Amazing Grace,’ which the choir perform with great emotion, and have practiced for a number of years.  Again, it was the perfect opener for our performance, and showed the crowd – and the adjudicator – our heart.  We followed this up with ‘How Soon?’  Another emotional piece about lost love, which the choir dedicated to our former MD Alan Herbert, who passed away earlier this year, and who was well known in the Isle of Man.  Our next piece was one that we felt had a lot riding on it; ‘And Can It Be?’  Another piece with religious connotations, which the choir had learned as a tribute to our late member Jimmy Foley.  I can personally say this is one of my favourite pieces that we sing, and shows the choir at its very best.  We followed this with ‘We Rise Again’ once more, which was just as popular as it had been the previous day.  Our final piece was a fitting closer, ‘New York, New York,’ bringing the curtain down on our performance in fitting fashion.  After yet more great applause from the crowd, we waited nervously once more, during EAGA’s performance, until it was time once more for the adjudicator’s verdict.

I can honestly say, the nerves, the anticipation waiting for the result, was excruciating.  A lot of the men were convinced we hadn’t done enough, that EAGA had run away with it.  And then the adjudicator began to speak.  He told us that when he had gone backstage after the last performance, he hadn’t decided who the winner was.  This comment made me hold my breath.  We had a chance.  It wasn’t clear cut.  He was building up the tension, making us all wait.  ‘And the winner, of Choir of the Festival is….’  I closed my eyes, crossed my fingers, and hoped to hear four words.

‘….Haydock Male Voice Choir!’  It was like time stood still for a moment, and then this euphoric yell emitted from where we were all sat.  Utter, total joy, men hugging and yelling, almost crying tears of joy.  We’d never even considered we might win the whole thing!

The rest of the Sunday is something of a blur.  Photographs, a LOT of cheering, the odd drink or two, and a celebratory redo of our winning set back in the hotel before dinner.  For those of us who were travelling back on the ferry on Monday there was chance to relax in the morning before the boat, and as we returned to Haydock on the coach we got to watch a short snippet of ourselves on the local news!

Its difficult to explain what it means for HMVC to have been named Choir of the Festival, but it is a moment I will never, ever forget.  I feel so honoured, so lucky, to be a part of such a fantastic group of men, who have shown me nothing but kindness and a great welcome since I became part of their number, just a few short weeks after their previous disappointment in the Isle of Man.  Well that is now unfinished business no longer.  We went back.  We performed, to our very, very best.  And we won.  Who knows, maybe the choir will go back again in two years, as defending champions.  I have no idea if that will happen, and how the journey will go if it does, but I can’t wait to find out! 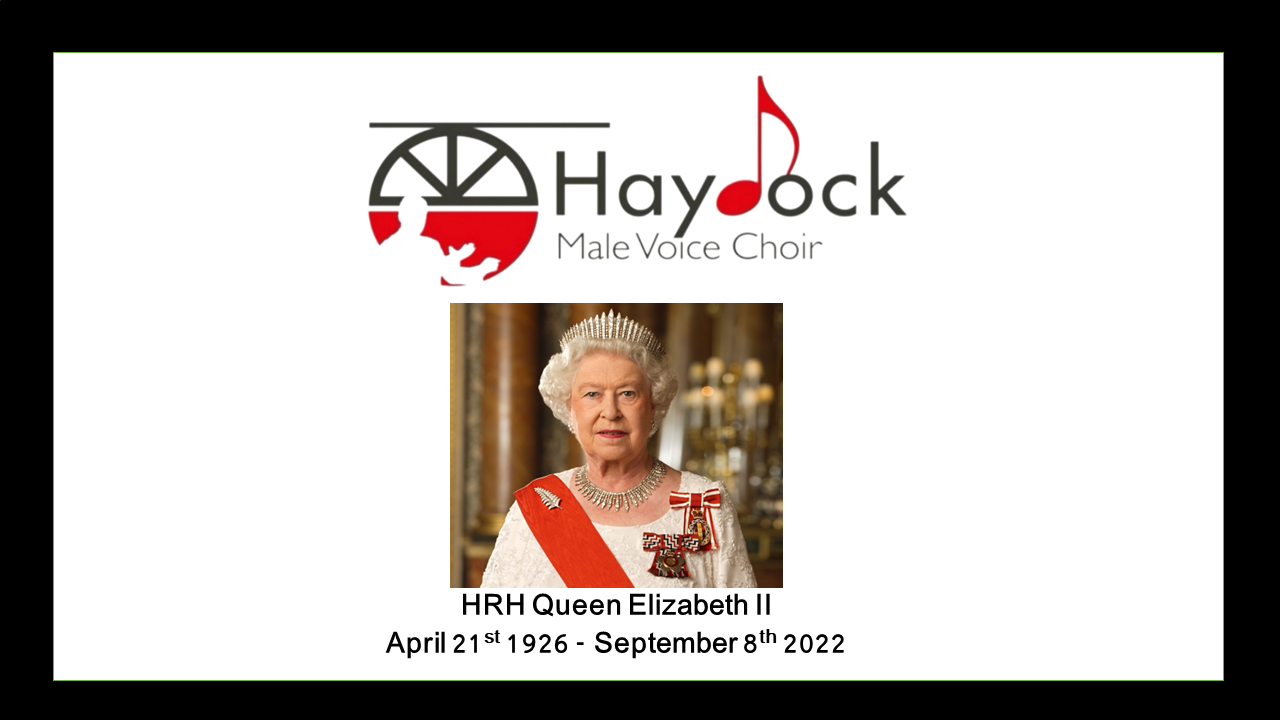 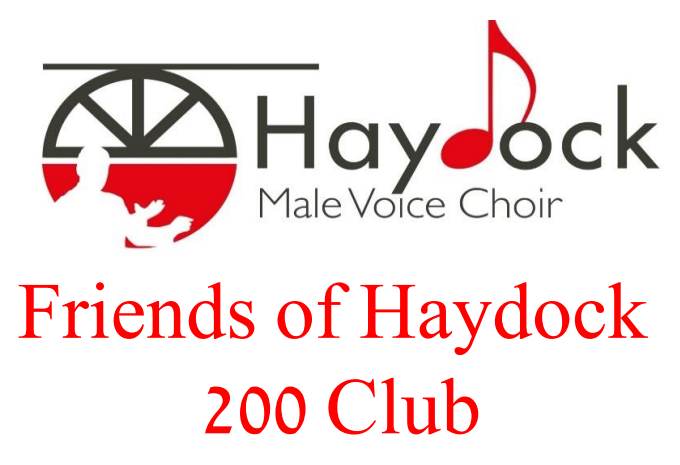